I came across an article recently regarding a family in Phoenix, AZ who cloned their Golden Doodle so they could have her identical twin after she passed away. There was another recent article written about the first cloned cat passing away. I read these articles and began thinking… This brings up a really interesting ethical question. Is cloning your pet a good idea? 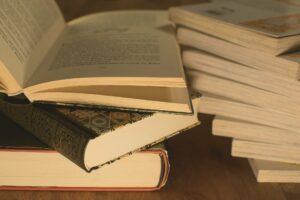 Cloning is not a new idea. In 1885, German scientist Hans Adolf Eduard Driesch was able to create twin salamanders by splitting a single embryo into two separate viable embryos. British biologist John Gurdon cloned frogs in 1958 from the skin cells of adult frogs, and then in 1996, the world-famous, Dolly, the sheep was born at the Roslin Institute in Scotland.

Since then, cloning has become more mainstream…or normal all over the world. ViaGen Pets has been cloning horses for over 17 years and started cloning cats, dogs, pigs, sheep, and goats in 2015.

According to Copernicus Science Centre in Warsaw, this is a list of animals cloned since Dolly: 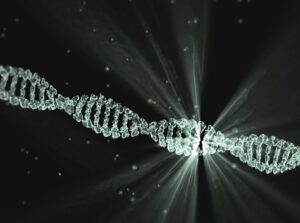 How Does Cloning Work?

Livescience.com states, “Cloning is the process of taking genetic information from one living thing and creating identical copies of it. The copied material is called a clone. Geneticists have cloned cells, tissues, genes and entire animals. ”

There are three types of cloning:

Reproductive cloning is what is used in the pet cloning process. A genetic preservation kit will be sent to the pet owner and the pet owner will need to obtain a skin biopsy from their veterinarian. The sample will be sent back to the cloning company like ViaGen Pet, where it will be stored until the pet owner is ready to begin the clone process. Cells can even be extracted from pets who have passed away as long as cells are refrigerated up to 5 days postpartum.

When the pet owner is ready to clone their beloved pet, the cells will be implanted into a donor animal oocyte and after the egg and cell become a viable embryo, it is implanted into the uterus. The embryo will go through the same gestation period as one being born naturally. The interesting fact is the donor does not need to be of the same breed as the cloned pet.

Once the cloned pet is born, it will remain with the donor until he/she is weaned. 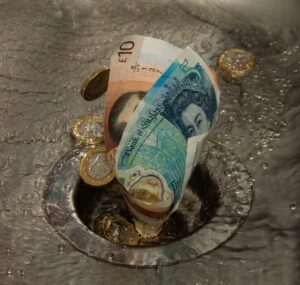 What is the Cost to Clone?

Cloning your pet is not cheap. If a pet owner is forward thinking and obtains a cell sample while their original pet is young, the cost can be around $1600 for the test and $150 a year for storage. In addition to this cost, the pet owner has to consider what the veterinarian will charge for the skin biopsy. Once the pet owner is ready to start the cloning process, it can cost upwards $35,000 for a cat, $50,000 for a dog, and $85,000 for a horse.

I remember when the news of Dolly, the sheep, came out in 1996. Everyone had an opinion. “Is this where we are heading with humans, too?” “Is it actually the same sheep?” “Will it move into our food sources as well?”

Let’s break down some pros and cons of pet cloning.

The idea of cloning has been controversial for a long time. When something new is cloned or has had some sort of genetic modification, people are going to debate the ethical value of what is being done. My thoughts regarding cloning a pet is…don’t do it.

Each pet is unique. They all bring different elements into our lives with their personalities and antics. To clone your favorite pet means you do not get to experience the joy another natural pet can bring to your life. In addition, you should not expect your next pet to be like the pet you lost. When you go through the cloning process, your mindset will be more likely to consider the new pet as identical or very similar to your old pet. This is not fair to the new pet coming into your home.

The shelters are at full capacity with pets that need a home. Instead of spending money to clone your favorite fur baby, take a chance on one who really needs a home. If you prefer purebreds, talk to an ethical breeder who can help you find the right match for your family…

Don’t go into debt to bring your fur baby “back to life”. The cost is astronomical and there is no guarantee that the cloning process will work. Instead of spending money to create a clone; help preserve life by donating to a local shelter or organization that you are passionate about. Your money will be better spent helping the community.

I believe every pet is special and deserves your 100% attention. Once they pass over the rainbow bridge, allow the grieving process to take place, appreciate their virtues and the wonderful life they shared with you…and allow yourself to open your heart to a new family member who deserves your love. They may be a little more quirky, maybe a little more frustrating, but I bet you will find them to be an amazing fit into your family.

10 thoughts on “Cloning Your Pet?”